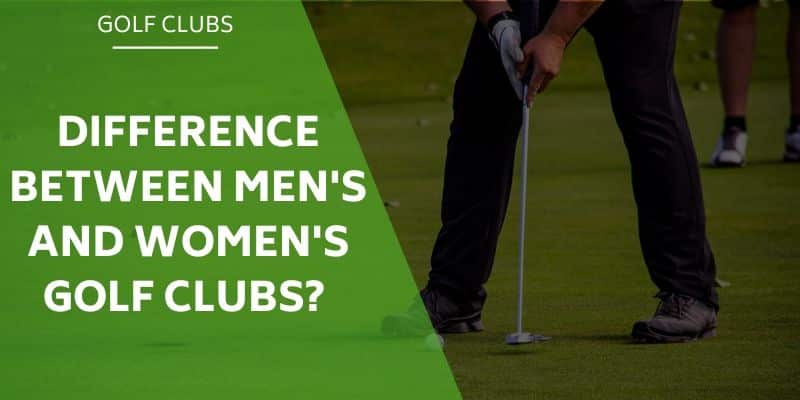 As a female golfer, when the time comes to replace golf clubs, you naturally gravitate towards the women’s options. There are, however, a few more things to consider when choosing golf clubs, and the category “women” does not cover them all.

In this guide, I will explain the difference between men’s and women’s golf clubs and give you some examples to help you choose the best clubs for you.

If you are shorter than 5’7,” a standard women’s length club will work just fine. Should you be shorter than 5’3″ or so, then you may look into a petite option that will be even shorter than women’s standard.  (Usually about one inch)

Plenty of taller women (5’9″ and above) can play with men’s standard length golf clubs and have no issue. Lower handicap women almost always play with standard men’s length drivers to get a little extra distance with a longer club. It’s harder to do the same thing with a set of irons and keep accuracy.

Women’s shafts are generally always graphite, where men have the option of graphite and steel. The reason behind the graphite only option for women is to help lower the overall weight of the golf club.

The lower overall weight of the club will help a woman to increase swing speed and therefore distance. There is a yardage gap between the ranges of men and women can hit, and it all comes down to swing speed and strength.

For a woman with faster swing speed, there are custom steel men’s options that can be put into a women’s length iron. Choosing a lightweight steel with the lower launch in the men’s clubs will be necessary to not have a negative effect on your game.

Women’s hands are generally not as large as men’s, so a woman’s golf grip is made accordingly. Most men are playing with a standard to midsize grip on their clubs. The correct grip size allows the hands to be in the correct position and for the right amount of grip pressure through impact.

Women’s golf grips are considerably thinner. For a woman with small hands, playing with a men’s golf grip can cause issues in your game. It can make it harder to maintain consistent grip pressure and also harder to release the club at impact.

If you find yourself somewhere in the middle of Women’s and Men’s grips, try adding a few wraps of tape underneath the women’s golf grip. The tape will build the grip up just slightly without taking it entirely up to a men’s standard grip.

The loft on the club is used to help launch the ball in the air. Men’s clubs are built with significantly less loft than a woman’s club.

Take, for instance, a standard Driver. Men’s Drivers (although mostly now adjustable) come standard from 9-10.5 degrees. For a woman’s driver, you would be hard-pressed to find a stock option below twelve degrees.

For a men’s set of game improvement irons, the seven iron has a loft of 28.5. The women’s collection has a seven iron with a loft of 32.5.

Why is this the case?

Since women have lower clubhead speed, they struggle with having enough power to launch the ball properly. The extra loft helps get the ball higher in the air and let it fly a bit further. For women with lots of clubhead speed, it’s best to look at putting a light shaft in a men’s clubhead. 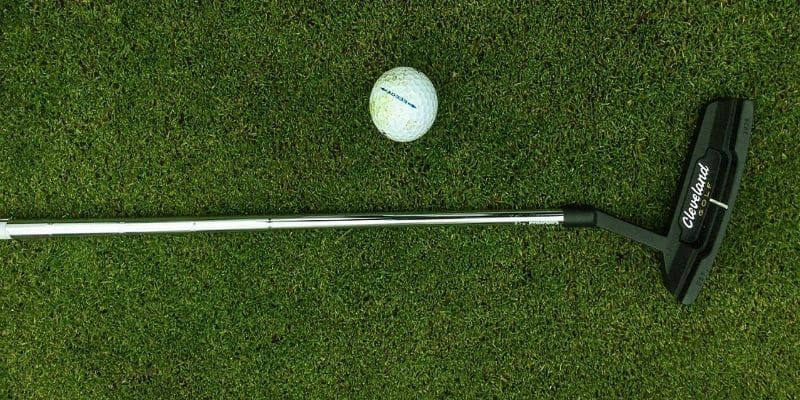 When it comes to flexibility choices in shafts, the standard options are Men’s Stiff, Men’s Regular, Men’s Senior and Ladies.

The Men’s Senior shaft and the Ladies shaft are very similar if not the same in some shaft brands. The flexibility you need will be directly related to your swing speed and strength. I think that in years to come, you will see several shaft flexibilities between ladies shafts. For instance, a Ladies Stiff, Regular, and Senior shaft as opposed to just a universal shaft that is supposed to fit all women.

If you are a taller woman who needs a club longer than a women’s standard length, take a look at men’s senior clubs. The length will be perfect for you, and the shaft is almost the same as the women’s graphite shaft.

The overall weight of women’s clubs is less than those of a men’s club. There are a few reasons for this that I have already covered.

The shaft is lighter, the grip is lighter, and often the clubhead is lighter. As these add up, the overall weight is considerably less.

The differences between men’s and women’s golf clubs are quite significant. The reason behind these differences boil down to strength and size. Typically speaking, men are stronger and larger than women.

If you are a woman who is quite strong, don’t be afraid to look outside the box and think about Men’s clubs as an option. Just because they are called men’s clubs, it does not mean that they can’t work for certain levels of female golfers.

Get Free Golf Tips Direct To Your Inbox

GolfSpan is a blog run by golf enthusiasts, dedicated to bringing you the very best from the golfing community. From gear and equipment reviews to featured courses, WITB interviews, and the latest tournament updates.

Get updates directly to your inbox on our regular competitions, giveaways and new content and gear reviews.