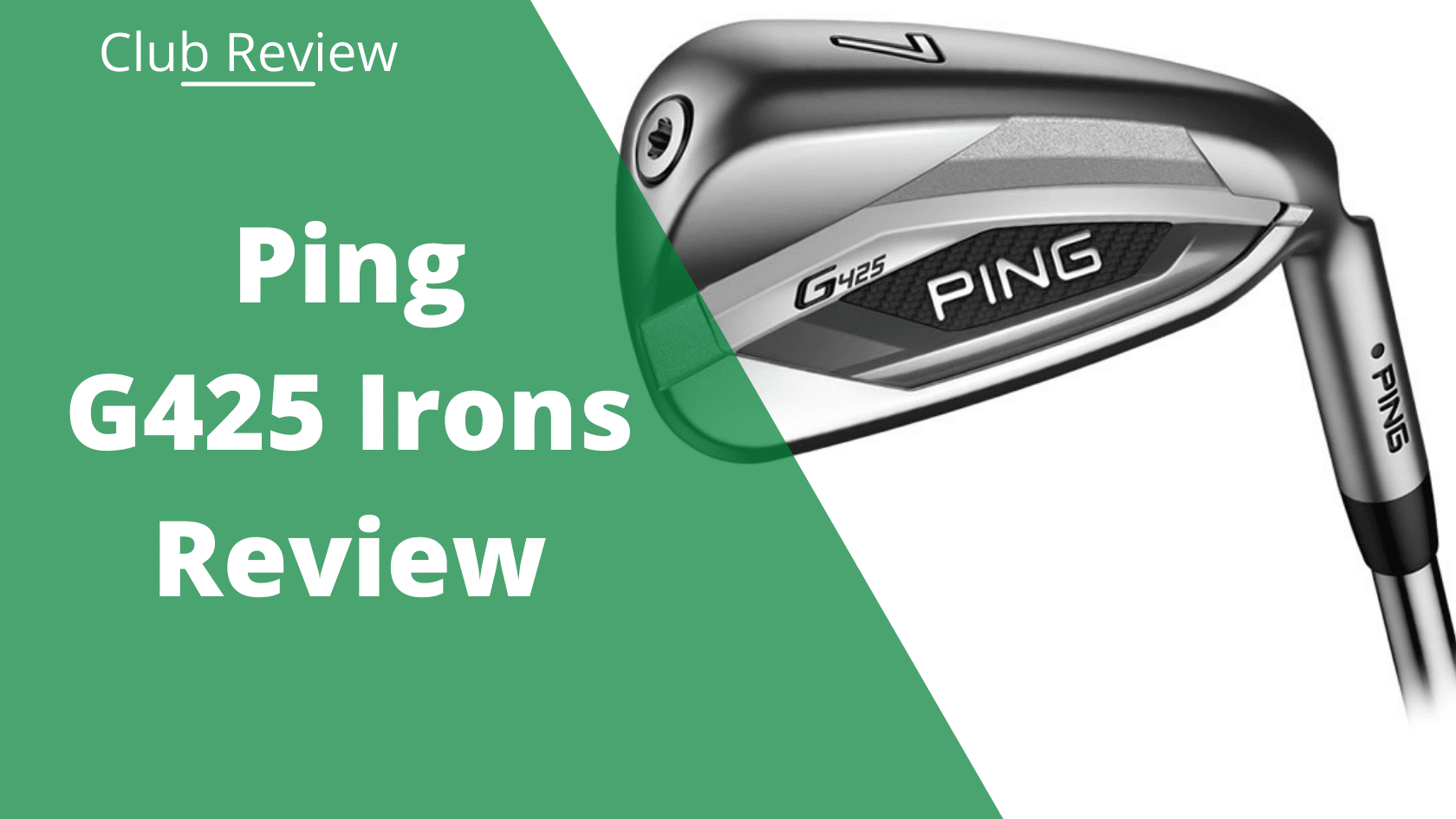 Continuing on our series of Ping G425 reviews, we turn our focus to the popular irons set: Ping G425 Irons. Are they as forgiving as the Ping G425 fairway wood?

This Ping G425 Irons review will focus on the loft, shafts, forgiveness, ball speed, and appearance of these irons to see if they are a suitable fit for your game.

If rapid ball speed, high flight, and greenside control appeal to you, the G425 irons are right up your alley. But, if forgiveness is your main priority, you may prefer studying our Ping G25 irons review.

In comparison to its predecessor, the G425 features a shorter blade, perimeter weighting, a speed generating face, and Arccos Caddie Smart grips.

Considering that the Ping G425 irons release date came two years after the G410, the engineers have made remarkable progress. Although the blade of the latest model is shorter, it offers a superior moment of inertia (MOI). That means that you enjoy the straighter flight for improved shot dispersion.

The latest addition to the G-series features superior forgiveness compared to its expanded perimeter weighting. As a result, you enjoy consistent accuracy and distance even on off-center strikes.

Like the previous version, the G425 offers a Power Spec fitting option if you wish to strengthen the loft of your iron. However, unlike the G410, the latest version includes a Retro Spec setup for those seeking more loft on each iron.

Finally, the stock Ping G425 irons are fitted with Arccos Caddie Grips that contain sensors to record and analyze every shot. It helps you identify the strengths and weaknesses with each iron to improve your ball striking, distance, and accuracy.

Overall, the game improvement G425 irons are forgiving, accurate, and relatively long. That means they are ideal for mid to high-handicappers seeking consistency from their irons.

To enhance the MOI of these irons, the engineers inserted a hosel weight and a tungsten toe screw. This design ensures that if you catch the ball off the heel or toe of the face, you still generate enough ball speed and spin to launch your shot high and long.

The biggest step-up in this edition of the G-series is 425’s speed-generating face. It accelerates ball speed across an expanded area of the clubface to deliver a high launching shot and optimal carry distance.

Ping opted to employ a Hyper 17-4 stainless steel clubface, which induces a similar performance to a metal wood. These combinations generate a high ball flight and cause the ball to stop rapidly upon landing. While the latter feature is ideal for holding narrow greens, it is not suitable for optimizing total distance.

If you are losing distance due to a lack of ball speed, this feature is a valuable asset to have in your bag.

If you have ever mishit a blade iron, you understand the nasty vibrations that run up the shaft and engulf your hands. To avoid that happening, Ping inserted a multi-material badge in the cavity. It drowns out vibrations to enhance the feel and promotes a crisper sound at impact.

Thanks to the high launching nature of the G425 irons, your ball enjoys optimal carry distance. However, it also leads to your ball landing softly and stopping rapidly. This feature is ideal when you need to hold compact greens on approach.

The downside of game improvement irons is that they often sport oversized clubheads that make you feel like you have a sledgehammer in hand. Thankfully, Ping understands this and worked to produce a shorter blade than its predecessor.

Therefore, you enjoy a streamlined appearance that appeals to superior golfers, as well as high handicappers.

Those who live in high rainfall areas will appreciate the work of the Hydropearl finish. The G425’s are coated with Hydropearl to repel moisture away from the grooves. As a result, the irons promote cleaner contact with the ball even in wet conditions.

There are three loft options available on the Ping G245 irons:

The standard loft is what you can expect on the irons bought off the shelf. However, if you prefer stronger lofts, you can switch them out for the power spec option. Conversely, if you launch the standard irons low, think about the weaker retro spec lofts.

If we follow the advice of Jo Taylor at Golf Monthly, we see that the standard loft of these irons is in line with their competitors.

There are two stock shaft options available with the G425 irons. These are the Ping AWT 2.0 steel and the Alta CB graphite construction.

The steel shaft construction suits those with fast to super fast swing speeds and produces superior trajectory control and feel. On the other hand, the CB graphite shaft works best for slower swingers looking to launch the ball higher.

Capping off our reviews of Ping G425 irons features are the Arccos Caddie Smart grips. They contain sensors that track your swing with each club. As a result, it helps determine your distance with each club and what shot to play from where.

You will obtain membership to the app for the first year, but you will not pay for this going forward.

Are Ping G425 Irons Worth The Money?

Yes, the Ping G425 irons are worth the money. There are more affordable alternative options, but these irons are solid. They are easy to launch high and long and offer superior forgiveness and greenside control.

If you are a mid to high-handicap player looking to invest in a set of irons for the long run, you will find they deliver excellent value.

When you look at the list of Ping’s LPGA and PGA Tour players, you will notice that none use the Ping G425 irons.

Louis Oosthuizen and Tony Finau use Blueprint irons, while Azahara Muñoz and Brooke Henderson play with i210 irons. However, Muñoz plays with a G425 Max 5-wood and G425-hybrids.

What Degree Are Ping G425 Irons?

As I discussed earlier, the Ping G425 irons are available in three loft options, standard, power spec, and retro spec. The standard lofts of these irons are in line with the average. However, the power spec enables you to strengthen the loft of each iron, while the retro spec allows you to weaken it.

The purpose of the Callaway Mavrik Max irons is to forgive and travel far. It features an oversized head profile compared to the standard, with low and deep CG, prompting a high launch.

Furthermore, the addition of a Flash Face Cup increases the flex of the face, prompting superior release at impact. Plus, urethane microspheres are added to minimize harsh vibrations on off-center strikes for a smooth feel and improved acoustics.

In conclusion, the Callaway Mavrik Max irons perform optimally throughout the bag. They produce rapid ball speed, superior spin, and are forgiving. As a result, they are ideal for mid to high handicap golfers.

Moreover, the irons feature an Echo Damping system across the face to provide a superb feel. The Damping System rids the club of harsh shocks felt on off-center strikes and produces a pleasant sound.

In addition, Inverted Cone Technology (ICT) features in each iron. It works to expand the sweet spot of the club. The technology restricts sidespin that causes hooks and slices to deliver straight ball flight. As a result, you enjoy improved shot dispersion.

ICT collaborates with the ultra-thin 1.5-millimeter clubface to produce explosive ball speed and a straighter flight. Therefore you gain increased yards and accuracy.

Finally, the SIM Max irons include TaylorMade’s patented Speed Pocket. It increases their flexibility, helping to generate rapid ball speed and spin on low-face strikes. That means you experience a high launch and consistently long shots, even on mishits.

In summary, the SIM Max is another long, forgiving iron set built for high and mid-handicap golfers.

If you desire distance over spin, the Radspeed irons are worth taking a closer look at. Cobra has approached these irons with a focus on weighting.

10-grams of weight is placed in the toe, while 3-grams find itself in the heel. This combination stabilizes the club to deliver explosive ball speed, low spin, and optimal distance. Plus, the toe weight centers the CG to provide increased forgiveness on off-center strikes.

Finally, a 3D printed medallion is inserted into the cavity of these irons to reduce clubhead weight and improve feel. Plus, like the G425 irons, the stock grips are Arccos Caddie, enabling you to analyze each shot.

Overall, the Radspeed irons are all about distance. While they offer forgiveness and spin, it is not in the league of the Ping G425 irons.

There you have it, that concludes my Ping G425 irons review. As you can see, this set maximizes ball speed, deliver a high launch, and stop rapidly on the green. It manages to produce this performance without sacrificing forgiveness, making it suitable for mid and high handicappers.

If you demand additional yards, these irons may not help your cause. Since they fly high, they land soft, ideal for holding compact greens. However, it is not suitable for gaining extra roll.

Therefore, if you are in the market for a high launching, quick stopping, forgiving irons, check out the current price on the Ping G425 irons.

Where Are Ping Golf Clubs Made?

Ping G25 Irons Review; Do They Suit Players Of All Abilities? 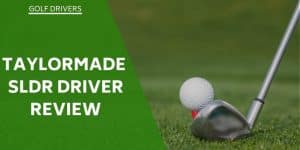 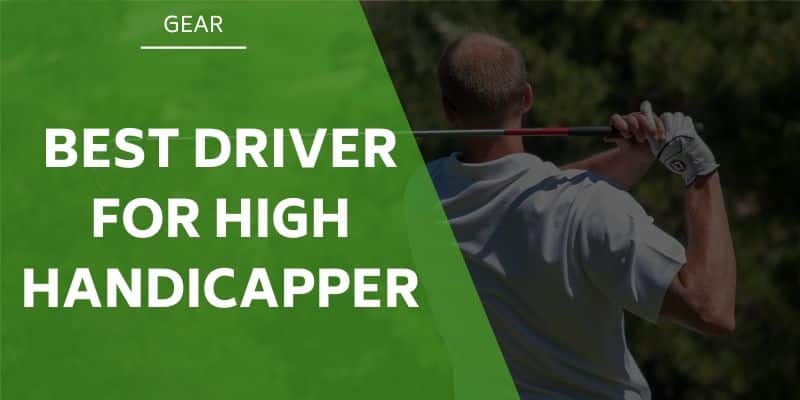 The Best Driver For High Handicapper in 2022 [MUST READ] 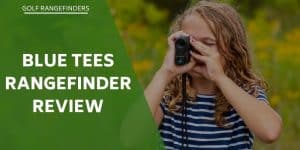 Blue Tees Rangefinder Review - All You Need To Know 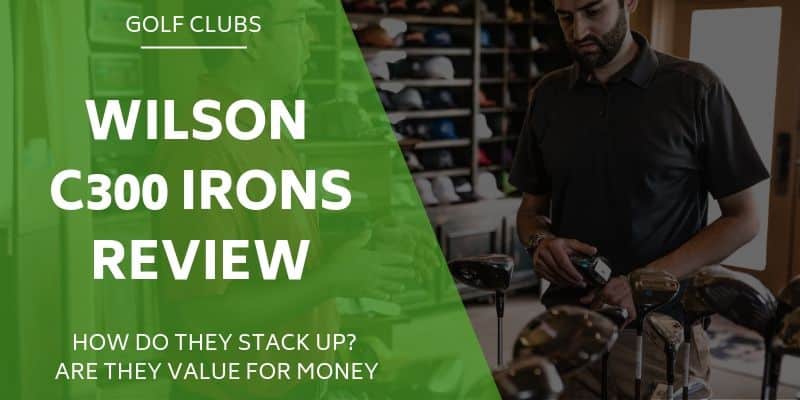 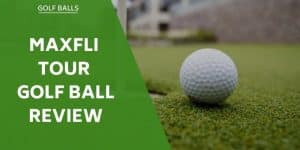 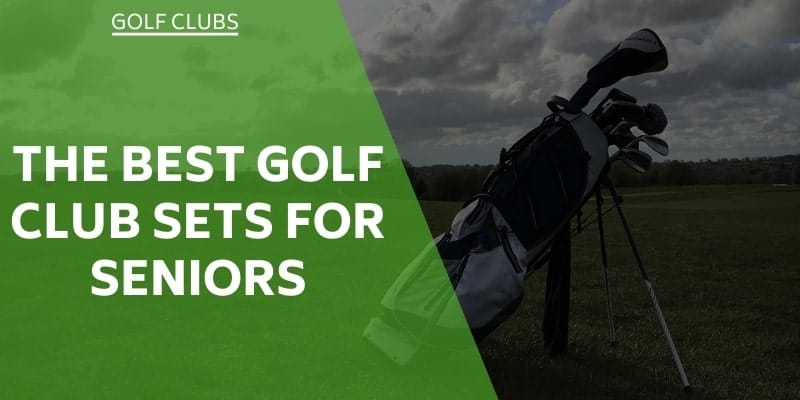 The Best Golf Clubs for Seniors and Older Players