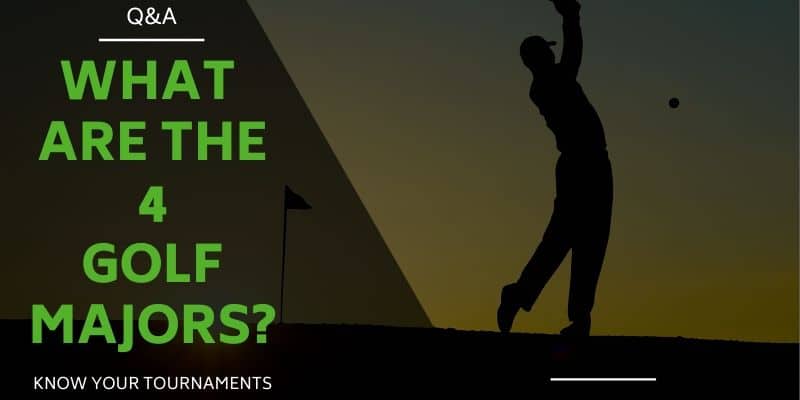 The major championships are golf’s most prestigious annual events with one taking place each month from April through to July. Ask any pro golfer and they will tell you that they would love to have a major win on their resume when the time comes to hang up their clubs.

Winning one of the four majors is seen as the pinnacle of any golfer’s career, and they each hold an enormous amount of prestige, history, and money that the other PGA Tour events just don’t have.

The 4 Majors in Golf are:

Read next: Want to improve your own game? Check out the most forgiving irons this year.

Held in Augusta National Golf Club in April, and founded by Legendary golfer Bobby Jones, and investment banker Clifford Roberts, The Masters is the first major of the year, and for me, the most prestigious of all them all.

First played in 1934, it is the only major that is contested on the same course every year. With its picturesque Magnolia lane driveway, famously fast greens, the par-3 tournament that precedes the main event, and the Champions dinner that was first hosted by Ben Hogan in 1952 to honor past champions, The Masters is a tournament like no other.

Since 1949 there has been a green jacket awarded alongside the trophy which signifies that the winner has become an honorary member of the club. The jacket has to be kept onsite at Augusta, removing the jacket is forbidden unless you are the current champion who can keep the jacket for 12 months.

Horton Smith won the first-ever tournament back in 1934 and took home $1,500 for winning. The current Masters Champion is none other than Tiger Woods who took home $2,070,000 for winning in 2019 and now has 5 green jackets.

The event is unique in many ways, none more so than for the caddies who have their own uniform, which includes a white jumpsuit, white tennis shoes, and a green Master’s cap. Also, the television cables are buried under the fairways so as not to spoil the stunning surroundings of the course. The TV networks simply plug in their cameras on each hole.

Sadly, Augusta is a private members’ club and if you don’t have the likes of Microsoft founder Bill Gates, or former Secretary of State Condoleezza Rice (who are both members) on your speed dial then there is not much chance of getting to play the exclusive course. Getting tickets to be a spectator at the event is the closest most of us will ever get to the beautiful azaleas that surround the pristine fairways and greens.

Played in May, this is the second major of the year and it is played on various courses around the US. Predominantly played on the East Coast, it has been held in New York 11 times. This year in 2021, it is going west and will be played in TPC Harding Park in San Francisco.

It is the only Major that does not invite leading amateur golfers to compete with the only option for them to secure a place is by winning one of the other three Majors, or by winning another PGA tour event through a sponsors exemption.

The first PGA Championship was held in 1916 at Siwanoy Country Club in New York and was won by Jim Barnes. The prize money back then was $500 and the winner also received the main trophy which was donated by and named after New York City department store magnate, Rodman Wanamaker.

The Wanamaker trophy is quite an impressive piece of silverware weighing in at 34lbs, with a diameter handle to handle 27 inches. From 1916 until 1959 the trophy was engraved with the winner’s home club or residence. Since 1960 however, it has been engraved with the current champion’s name and the host venue.

After winning, the 1928 champion Walter Hagen asked a taxi driver to drop it off at his hotel and it never arrived. It was eventually found in the factory where Hagen was having his own brand of clubs manufactured.

Today, the winner gets a replica of the original Wanamaker trophy as the original is on show at the PGA gallery in Florida. They also get a smaller replica to keep forever. Brooks Koepka is the current champion, having won the event both in 2018, and 2019.

The United States Open Championship is the third major of the year, taking place in June on the same weekend as Father’s Day. The venue for the event changes year to year and it is traditionally known as the toughest of all four majors.

It is the only Major staged by the United States Golf Association (USGA) instead of the PGA, and the event sparks a lot of controversies as many players believe that the course setup is often very difficult, resulting in the harshest test of all four Majors for the professionals.

Last year in 2019 the U.S Open had the largest prize fund of all the Major Championships with a pot of $12,500,000. With the tougher course conditions, this means that the pros have to work that little harder for the win. I think it’s nice to see them struggle a little from time to time and welcome the more difficult course setup preferred by the event organizers.

With the first U.S Open being held in 1895, it makes it the oldest major to be held in the United States. It was won by Horace Rawlings, an Englishman who had arrived in the US only a few months earlier to start work at the host venue. He was one of only 11 competitors in the event and won $150, a gold medal, and the U.S Open trophy.

Since 1911 the event has predominantly been won by Americans who have had a winner 85 times, compared to 34 winners from other countries. Gary Woodland is the defending U.S Open champion.

The US Open was also the only major up until 2017 that had the coolest playoff of all the golfing majors. If two or more players were tied on the final Sunday, they would return the following Monday to play another full round of 18 holes. If they were once again tied after the 18 holes, it would become a sudden death format until there was eventually a winner.

The final golfing major of the year, held in July is The Open Championship, also known as just the Open or The British Open. It is the only major that is held outside of the USA, and it is also the oldest golf tournament in the world.

Played on a rotation of 10 of the finest coastal links courses spread throughout the UK it gets its name from the idea that the tournament is supposedly ‘‘open’’ to all competitors, both professional and amateur. This, however, does not work in practice as only a select few of the leading amateurs get invited to play.

The first event was played in 1860 in Scotland and won by the Scottish man Willie Park Sr. He was presented with a boxing-style belt known as the “Challenge Belt”, donated by the Earl of Eglinton.

The winner of the event was also classed as “The Champion Golfer of the Year”, a coveted title that is still in use today and very sought after by every professional golfer. It wasn’t until 1872 that the famous Claret Jug was introduced as the trophy, along with the winner’s medal. Both of which are still handed out to the winner today.

Walter Hagen who won the 1928 PGA Championship was the first American-born winner of The Open Championship in 1922. Before that, all the winners came from either Scotland or England, bar the 1907 event which was won by the french man Arnaud Massy.

Links courses are known for their often testing conditions with the wind often playing an integral part in the competition. The wind speed and direction can change so much over the four days that a golfer often has to change the way they play the course every single day.

The greens will also be the slowest they play of all four majors due to the threat of the high winds moving their golf balls. This adds difficulty as most of the players won’t be used to the slower green speeds.

Shane Lowry is the current “Champion Golfer of the Year” having claimed victory in his home country of Ireland’s Royal Portrush. Up until 2016 the total prize fund was always paid and presented in pound sterling (£) but in 2017 they accepted that US dollars ($) was the most widely used currency in golf and amended it accordingly.

The Most Sought After Prize In Golf

All wins are special but for every professional golfer there will always be a note of sadness at the end of their career if it doesn’t include the title “Major Champion”. Each of the four majors is special for its own reasons and every golfer has their favorite, the one they would love to win.

Only five golfers have won the “grand slam” of golf, winning all 4 majors. Jack Nicklaus, Tiger Woods, Ben Hogan, Gary Player, and Gene Sarazen. With so much talent in the game today, and no one really dominating as these five did, it means that the list of “grand slam” winners will always be short and special. 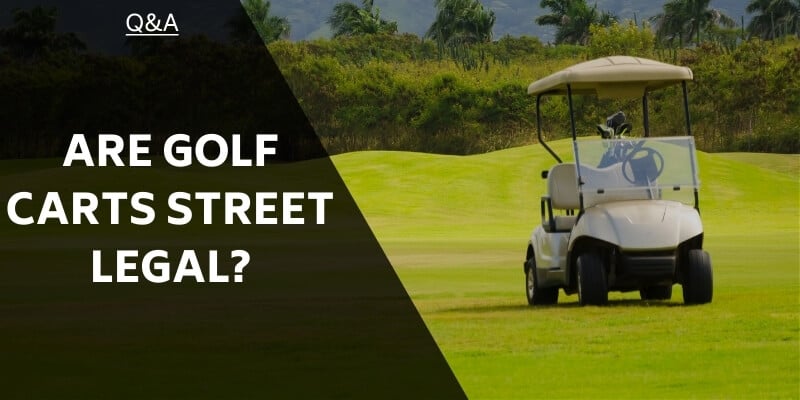 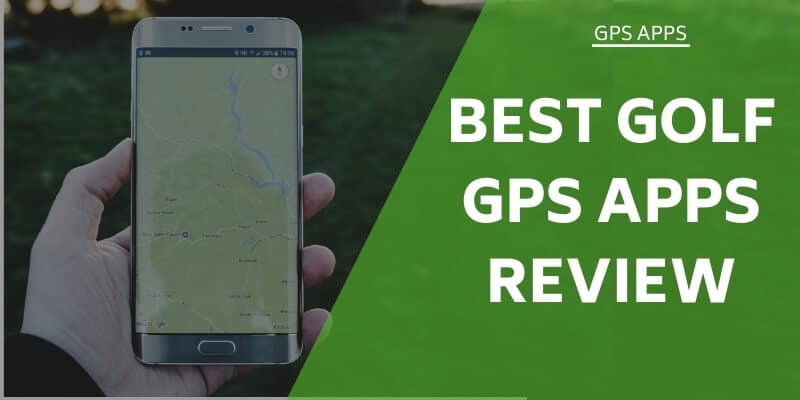 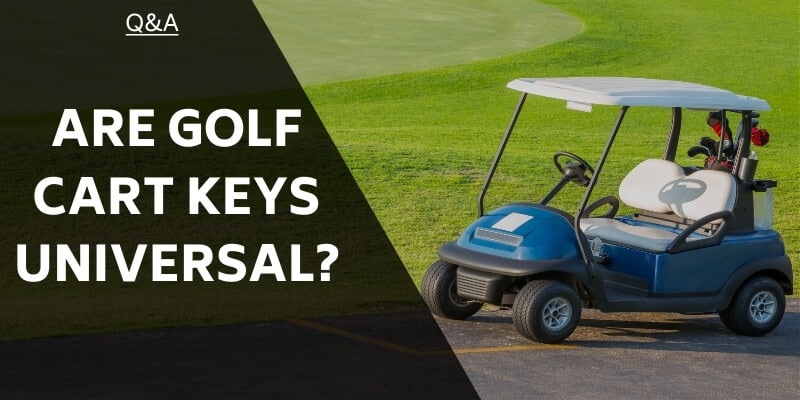 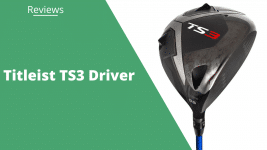 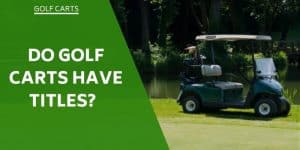 Do Golf Carts Have Titles? Our Answers And Advice! 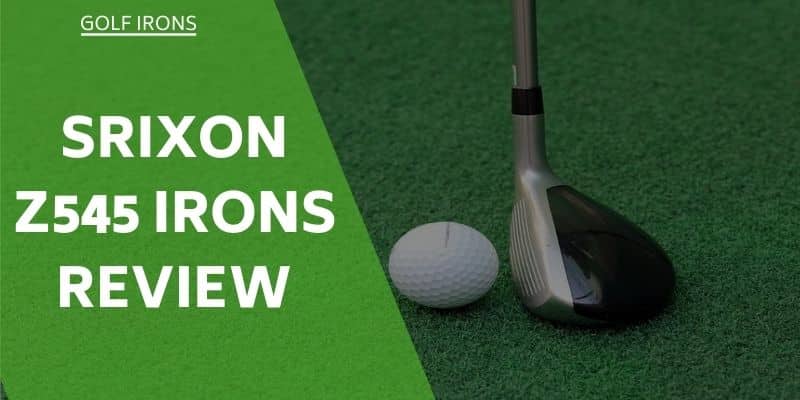