Callaway is an experienced campaigner, producing clubs that help the everyday golfer hit the ball longer and straighter. Included in this portfolio is a range of game improvement irons that promote optimal distance without sacrificing distance.

In this article, we are reviewing the Callaway Rogue vs Mavrik irons to determine which irons are better and for who. By the end of the post, you will know whether they will benefit your game and if you should test them out on a launch monitor.

If you are a mid to high handicapper, you should look at cavity back irons. They offer more forgiveness on off-center strikes to deliver more consistency. Plus, long cavity back irons often feature back and low CG for a higher straighter launch.

The lower handicappers among us may appreciate blade irons more than the forgiving cavity backs. The compact profile is attractive, and as Golfweek’s Mike Southern explains, the club promotes optimal workability.

Unless you enjoy torturing yourself, forgiving irons is essential for the average player. Game improvement irons offer the most forgiveness, whereas blades are the least forgiving.

Forgiving irons will help you maintain ball speed on off-center strikes and reduce the risk of slicing or hooking your shot.

Some everyday golfers struggle to generate sufficient ball speed to launch strong lofted irons, such as a four or five. As a result, they substitute their long irons for easier launching and more forgiving hybrids.

Players that struggle to generate sufficient ball speed are unable to launch their shots high and long. If you fit into this category, I suggest looking at irons with a thin, fast face and perimeter weighting for explosive ball speed, even on mishits.

According to Callaway, the Rogue irons feature their best-ever combination of playability, accuracy, and distance. The brand’s signature 360 Face Cup technology is paired with Variable Face Thickness to enhance the zone that delivers accelerated ball speed.

The VFT feature impacts the flex of the face to ensure rapid ball speed on off-center strikes. When VFT combines with Face Cup, it results in optimal ball speed and increased distance.

By employing heavy tungsten weight in the design of the Rogue irons, Callaway was able to concentrate weight in one area. As a result, they precisely position the CG to achieve a powerful launch.

Thin faces are typically prone to emitting harsh vibrations through the club on off-center strikes. As a result, Callaway inserted urethane microspheres in the clubface.

The microspheres ensure crisp acoustics and reduce vibrations on mishits without hampering COR or ball speed.

The Rogue irons contain Flash Face Cup, but Callaway A. I wasn’t used to design it. The employment of AI achieved face architecture unique to every loft, boosting ball speed and enhancing spin robustness in each club.

As was the case with the Rogue irons, Callaway employed Tungsten weight to precisely position the CG in each club. That helps you generate the optimal trajectory, spin rates, and landing angle for each shot.

Callaway Mavrik irons like the Rogue’s contain urethane microspheres. The polymers enhance the feel and acoustics of the clubs on heel and toe mishits.

These Shape in motion irons provide the everyday golfer with explosive ball speed, increased distance, and maximum forgiveness. All while an ECHO Damping system enhances your feel and eradicates vibrations on off-center hits.

TaylorMade added Speed pockets to the face for maximum flexibility at impact. That helps to promote rapid ball speed on low face mishits leading to consistent launch and distance.

Finally, Inverted Cone Technology (ICT) is positioned precisely on each face to expand the sweet spot. That assists you in combatting side spin on mishits to enjoy straighter, consistent shots.

The Wilson D9’s succeed the popular selling D7’s. Once, their longest irons. Interestingly, the D7 irons were the second-longest irons behind the Callaway Mavrik’s in MyGolfSpy’s 2020 test.

These irons also enjoy the lowest CG of any Wilson irons. That leads to a higher launch and steeper descent angle for softer landings.

Finally, the moderately compact Wilson D9 irons feature strong lofts that are excellent for maximizing distance. However, they can be a challenge for slower swingers to launch.

Cobra focused on the power of weight placement to produce easy launching irons that offer maximum forgiveness and consistency.Radial weighting allows the manufacturer to position mass relative to the CG for exceptional ball speed and forgiveness.

Additionally, a forged Pwrshell face with 17-4 stainless steel enhances the flex of the sweet spot to induce explosive ball speed and a higher launch. Finally, a 3D printed medallion improves the feel of the irons at impact.

After reading our review of the Callaway Rogue vs Mavrik irons, they may appear to be the same. However, the Mavrik irons have one unique selling point that makes them a superior product.

In conclusion, the Callaway Mavrik irons are superior. If you are looking for a new set of irons and want to know more about them, you can find everything you need to know here. 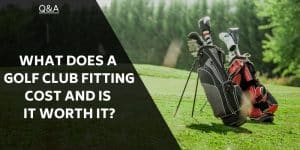 What Does A Golf Club Fitting Cost And Is It Worth It? 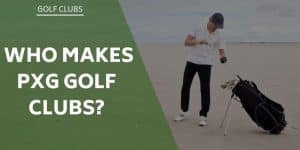 Who Makes PXG Golf Clubs? A Look At The Brand Behind The Club 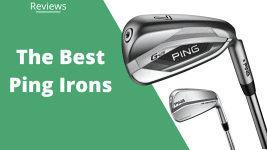 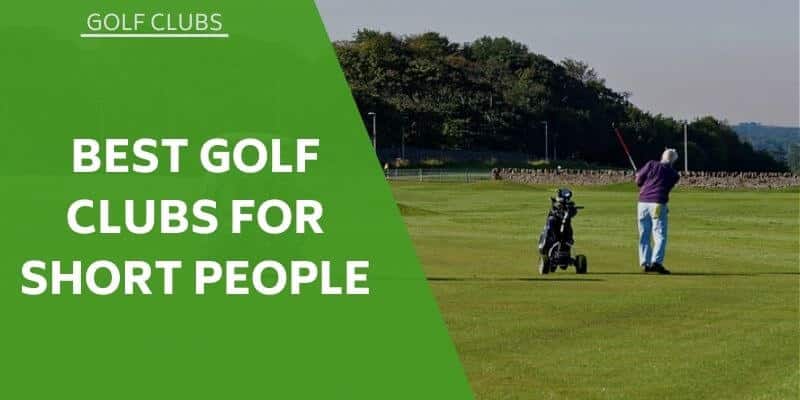