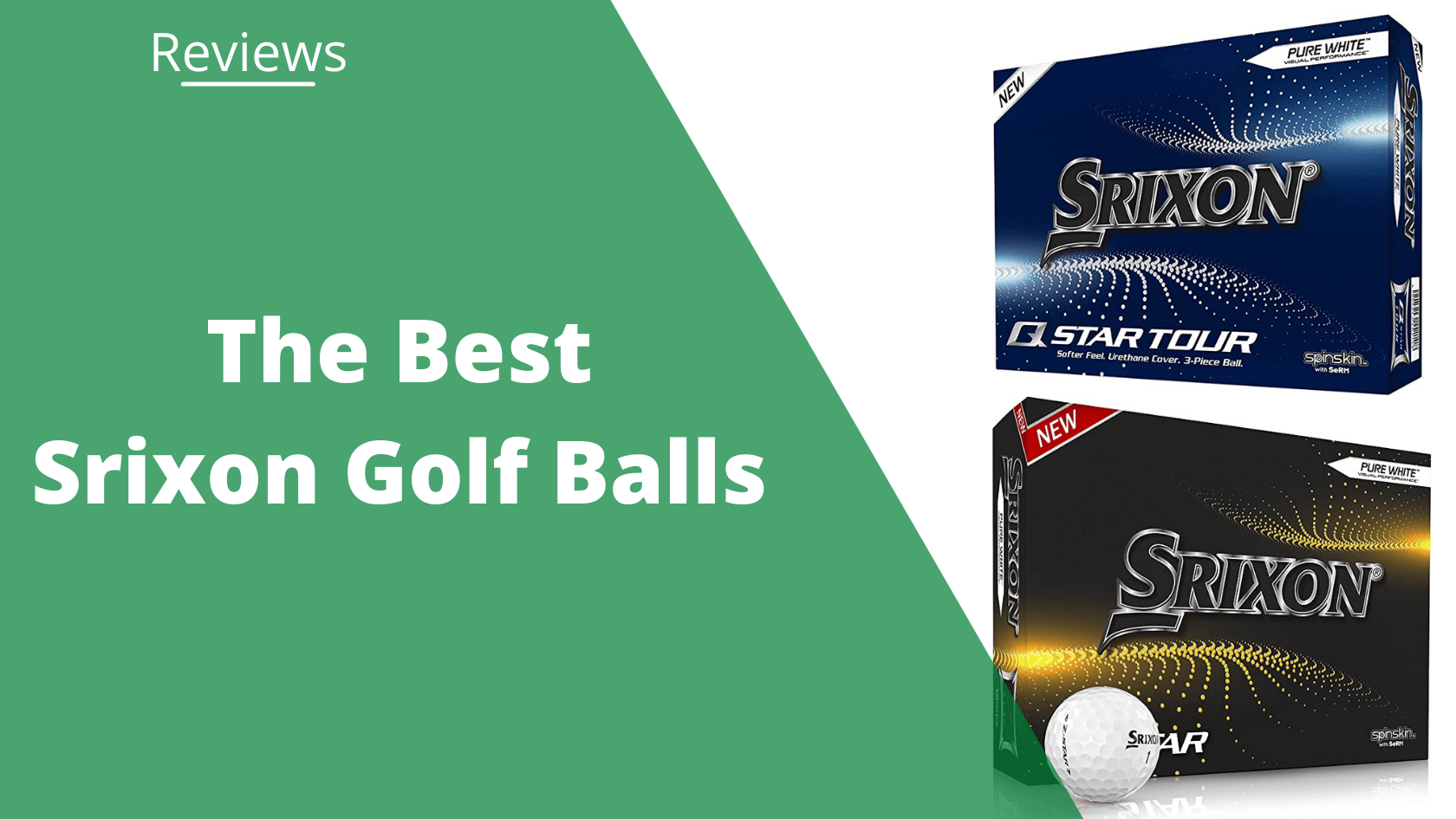 They’re only golf balls. How much difference can they make? That’s precisely the sort of attitude we hear among players who are new to the sport. So let us drop some knowledge.

Your golf balls matter. The right ball for you can add yards to your drives and accuracy to your short game.

But which golf ball is the best fit for your game?

Each golf ball has specific qualities that suit a certain kind of player. And balls at either end of the extremes behave very differently. Therefore choosing the right ball for your skill level will help to enhance your game, while choosing the incorrect ball will hinder it.

Srixon golf balls have been around for decades, and while they are not the most widely known, they should certainly be on your radar. Srixon produces exceptional balls across the board and has a little something for everyone, irrespective of ability.

Our team has over a hundred years of experience on the course and has spent thousands of hours reviewing golf equipment. Manufacturers don’t pay us to review their products, so our reviews are unbiased. However, we make a small commission from the affiliate links in this post.

We have the Srixon Z-Star golf ball, one of the company’s most popular premium options to kick things off. The ball is made up of 3 layers with a urethane cover. Now on the ball’s 7th generation, it has many improvements.

This begins with the new FastLayer Core. It has a soft center which gradually increases in hardness towards the edge. This gives the ball tons of feeling and increased elasticity for that extra pop in your shots. It’s one of the softest balls Srixon makes alongside the Soft Feel ball.

The Z-Star also has a new Spin Skin With SeRM. Thicker than previously and highly durable, this new cover bites into your club’s grooves for more spin than ever before. The 338 Speed Dimple Pattern also helps ensure that your flight path is true with maximal distance.

With a compression rating of 90, the Z-Star requires good swing speed to use effectively. However, it falls notably below the other Z series balls, both rated 102, making it easier for average golfers, although it is more fitting for low handicappers.

On the other hand, it produces a lot of greenside spin, so be aware of this. It also has the lowest trajectory of any of the Srixon balls.

The Z-Star XV has a nearly identical build to the regular Z-Star ball, except it adds an extra layer, making it a 4-piece ball rather than a 3-piece. The result is a compression rating jump from 90 to 102, making it a tougher golf ball to use — certainly one for lower handicappers.

The high compressiveness of the Z-Star XV makes it excellent on the distance front. Make sure you are hitting consistent swing speeds of 100mph+ before picking up this ball. Otherwise, you could actually end up hurting your game.

In terms of feel, the Z-Star XV feels quite similar to the Z-Star as it uses the same FastLayer Core with Spin Skin. The cover is just 0.1mm thinner. It still classifies as a soft ball but is not quite as soft as the Z-Star.

The Z-Star Dimond is the new Srixon golf ball addition to the Z-Star line. It is remarkably similar to the Z-Star XV, with an identical compression rating of 102. On the other hand, it has 3 layers as opposed to 4, which does give it some different properties.

The first is its distance. While it is capable of great lengths, strong clean swings will yield slightly more distance with the Z-Star XV. Yet the clearest difference between the two balls relates to the spin. The Z-Star Diamond outperforms the Z-Star XV in all areas. This gives you greater control to shape the ball’s flight but does mean you are more vulnerable to slices and hooks.

As such, we find it to be a little more difficult to use. Therefore we recommend it for the particularly skilled low handicappers.

The Q-Star Tour is a great pick as it offers a cost-effective alternative to the premium Z-Star range with only a minor reduction in quality. It’s an upgrade on the regular Q-Star ball as it has one extra layer making it 3 layers in total.

It is also the only ball outside of the Z-Star series (besides the Q-Star Tour Divide Variant) to have a urethane shell. This is one of the reasons we rate it so highly. It really puts your money to work.

That being said, there’s no escaping that this ball has a key difference from the premium Z-Star balls, and that’s its compression rating. Rated at 72, this is far below the Z-Star balls at 90, 102, and 102.

As such, you may find yourself sacrificing distance a little if you have a strong swing speed. We think that the Q-Star Tour is most suited to mid-handicappers with around 90mph swing speeds.

On the flip side, no sacrifices are made with spin. The high-quality urethane shell gives you super spin capabilities that cannot rival ionomer shells.

First released in 2003, the Srixon AD333 is a veteran of the golf ball game. The fact that it is still popular today just goes to show how popular it has been with players all over the world.

The most advertising aspect of this great ball is its value. It’s a little cheaper than the Q-Star Tour and has similar properties. Not only does it have an identical compression rating of 72, but also highly comparable feel, distance, and trajectory.

The main difference lies with its spin, which is slightly lower on the greenside. This is because the AD333 is made from 2-piece ionomer as opposed to 3-piece urethane. While ionomer balls offer less feel and spin, they are more durable and forgiving. Ionomer balls are also cheaper to make, hence the lower price tag. If you are a mid-handicapper, they are a solid option.

The Srixon Distance is the answer for high handicappers who want maximum distance.

Usually, distance balls are highly compressive and, as such, are reserved for low handicappers. However, the Srixon Distance has a compression rating of 89, so you don’t need a particularly fast swing speed.

The caveat here is that the balls have an ultra-firm feel which many players may not like. It also has the lowest greenside spin of any of the Srixon range, which is a little restrictive.

Another area where these balls differ from the rest is their dimple pattern. The others use a 338 pattern, whereas the Distance balls use a 324 pattern. The latter is far more effective at cutting through the wind for increased distance.

The Soft Feel balls by Srixon are the perfect balls for players who are just getting started with golf. They are among the softest available, which many players tend to love, and they are also among the least compressive, rated at 60.

This means high handicappers get a respectable distance from their swings despite having a relatively slow swing speed. Furthermore, they offer very little spin, which is crucial for beginners with little to no control over the spin they impart.

Finally, there’s the price. These balls are the cheapest that Srixon offers, making them a great starting point for people who may be reluctant to sink additional money into golf balls.

In our opinion, they are the best Srixon’s golf ball for high handicappers.

As the name suggests, the Soft Feel Ladies ball is an alternative to the standard Soft Feel ball designed for ladies. In all honesty, the two balls are not that different.

It’s slightly less compressive than the regular Soft Feel ball and a little firmer, although still soft. It also has a slightly higher ball launch which could help you increase your distance.

The two balls cost the same, and both are top options for high handicappers. We wouldn’t stress over picking between the two.

Srixon golf ball compression varies from 58 to 102. Compression relates correlates with swinging speed. The faster you strike the ball, the more you compress it. High handicappers have average to below average swing speeds. This means they lose distance using high compression balls.

Low compression balls, on the other hand, low compression balls are easier to keep straight and have maximal distances for slower swing speeds. It’s crucial you remember this when checking out Srixon golf ball reviews, as buying a ball with the wrong compression is pretty much the biggest mistake you can make.

While in isolation, the hardness of a ball doesn’t have a great effect on performance, softer balls usually have a lower compression rating making them great for high handicappers.

It’s important to try a range of different hardnesses to find the style you prefer.

Srixon golf balls are comprised of 2-4 layers. Often, the more layers a ball has, the greater its spin capabilities. As such, these kinds of balls tend to attract more advanced players.

You should also take note of the type of material the golf ball is made from. Srixon uses either ionomer or urethane. Urethane is found among their highest quality balls.

Balls with spin give players more control over the type of shots they can execute, enabling them to draw or fade the ball as needed. However, you should consider the drawback of high-spin balls. If you frequently slice or hook the ball, spin-sensitive balls are certainly not a good choice for you.

Once you’ve established some performance parameters for your golf balls, it’s time to set a price and stick to it. Most Srixon golf balls fall within the $25-$45 range for a pack of a dozen. However, the most expensive models do cost a touch more.

For low handicappers, that’s the Z-Star. However, we think you should experiment with the Z-Star XV and Z-Star Diamond to see which you prefer, as they are priced similarly.

For mid-handicappers, the Q-Star Tour is our favorite. It’s great to see a urethane shell at a lower price than the Z-Star range. The lower compressiveness is ideal for mid-handicappers due to their reduced swing speeds.

And finally, for high handicappers, we suggest the Soft Feel balls. These balls are the perfect match with a compressive rating of just 60, a soft feel, and a low spin.

Which Srixon Ball Is Most Like the Pro V1?

The Z-Star XV is the closest match to the Pro V1 that Srixon makes. It shares a 4-piece construction, has similar compression, and comparable spin. It does, however, feel much softer than the Pro V1.

Is Srixon Made by Titleist?

Is Srixon a Good Golf Ball?

Srixon makes exceptional golf balls, and their use by professional players is a testament to that. Even their inexpensive balls are high quality, and we strongly recommend them.

Do Any Pros Use Srixon Balls?

Many famous Tour players use Srixon balls, such as Brooks Koepka, Shane Lowry, and Hannah Green, just to name a few.

What Is the Best Srixon Golf Ball?

The best golf ball depends entirely on your skill level and personal preferences. Our favorite for low handicappers is the Z-Star. For mid handicappers, it’s the Q-Star Tour, and for high handicappers, we like the Soft Feel.

Which Srixon Golf Ball Is the Longest?

The Z-Star XV has the greatest range for players with fast swing speeds. If your swing speed is a little lacking, the Distance is the best Srixon ball for you.

Which Srixon Golf Ball Is the Shortest?

The Soft Feel Lady and Soft Feel balls are the shortest balls that Srixon has to offer. With compression values of just 58 and 60, they focus more on forgiveness than distance. 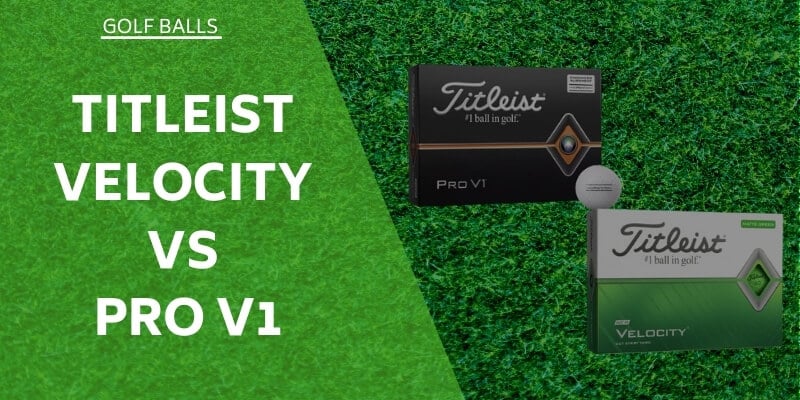 Titleist Velocity vs Pro V1 - Tried & Tested For You 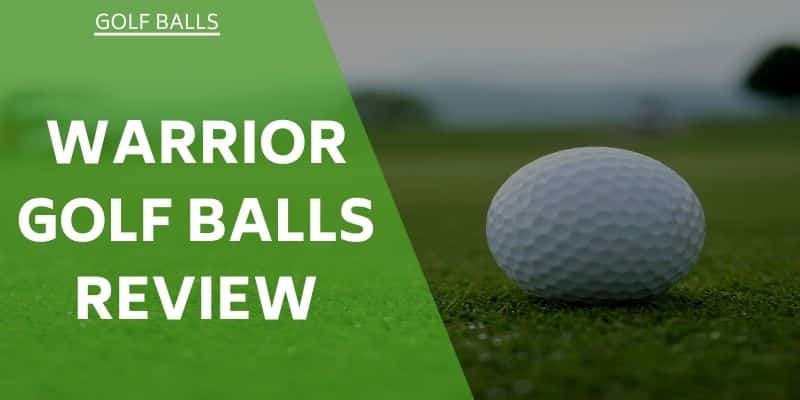 Warrior Golf Balls Review. Are they worth a try? 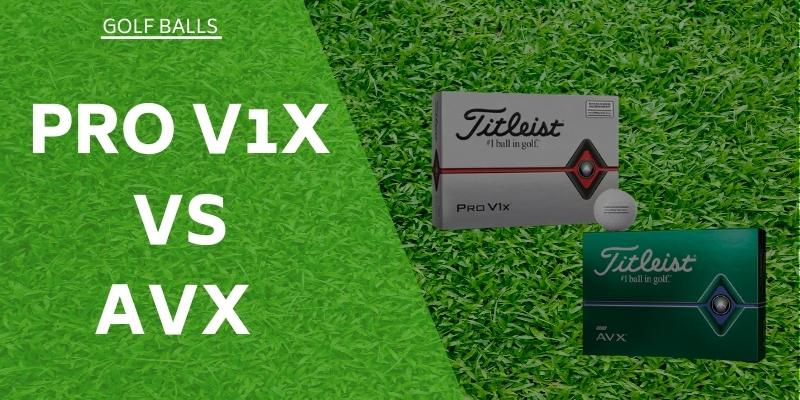 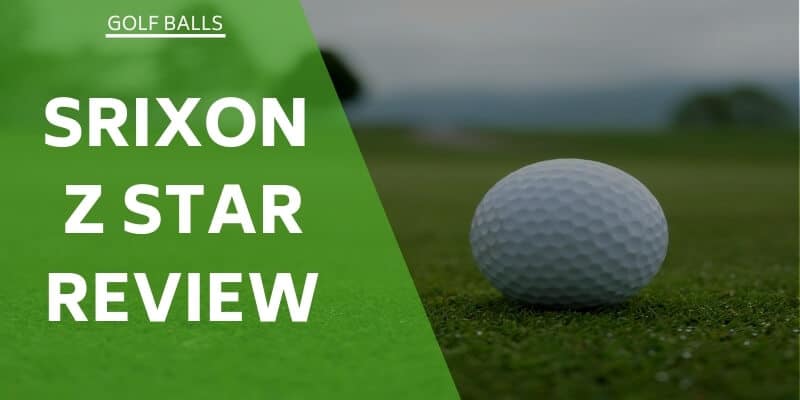 Srixon Z Star Review - Could They Enhance Your Game? 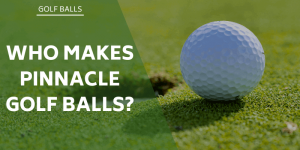