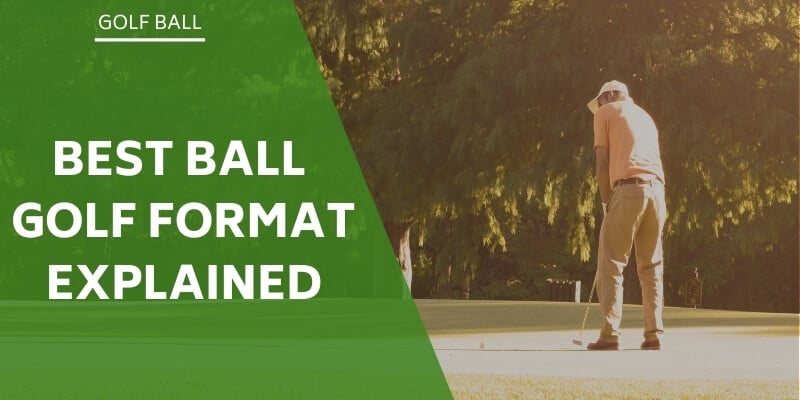 Best Ball is a great golf format for a Tournament or Competiton, where you can enjoy playing as a team with another partner and have the personal satisfaction of playing well as an individual.

The usual pressure that occurs when playing a team game is drastically reduced when playing the Best Ball Format.

A video by Professional Todd Kolb explains how to Play a Best Ball Tournament In Golf.

Strokeplay is the most common and popular form in amateur and professional competitions. In strokeplay, every player (or team) hits their own ball for every shot in completing their round of

18 holes. In professional events, players normally go out in three’s and sometimes two’s.In match play, two players (or two teams) play a separate contest on every hole against each other. The golfer or team with the lowest score on that hole wins the hole irrespective of how many strokes he won the hole by. If the scores of both players or teams are the same, the game is “halved” (drawn).

The game is won by the golfer or team that wins more holes than the other. Matchplay is a very popular form in club competitions A “Best ball” Competition or Tournament is where 2, 3,or 4 players play as partners and is normally played as stroke play . Each player in a team plays their own ball throughout the round normally of 18 holes. The lower score of the partners is the score for the match.

It is recommended to apply handicaps in “best ball” competitions so that the weaker players can
contribute to the team score.

A handicap is a numerical measure of a golfer’s potential that is used to enable players of varying abilities to compete against one another. Most golfers will understand this. Better players are those with the lowest handicaps. A golfer with a handicap of zero is known as a scratch golfer and one whose handicap is 1